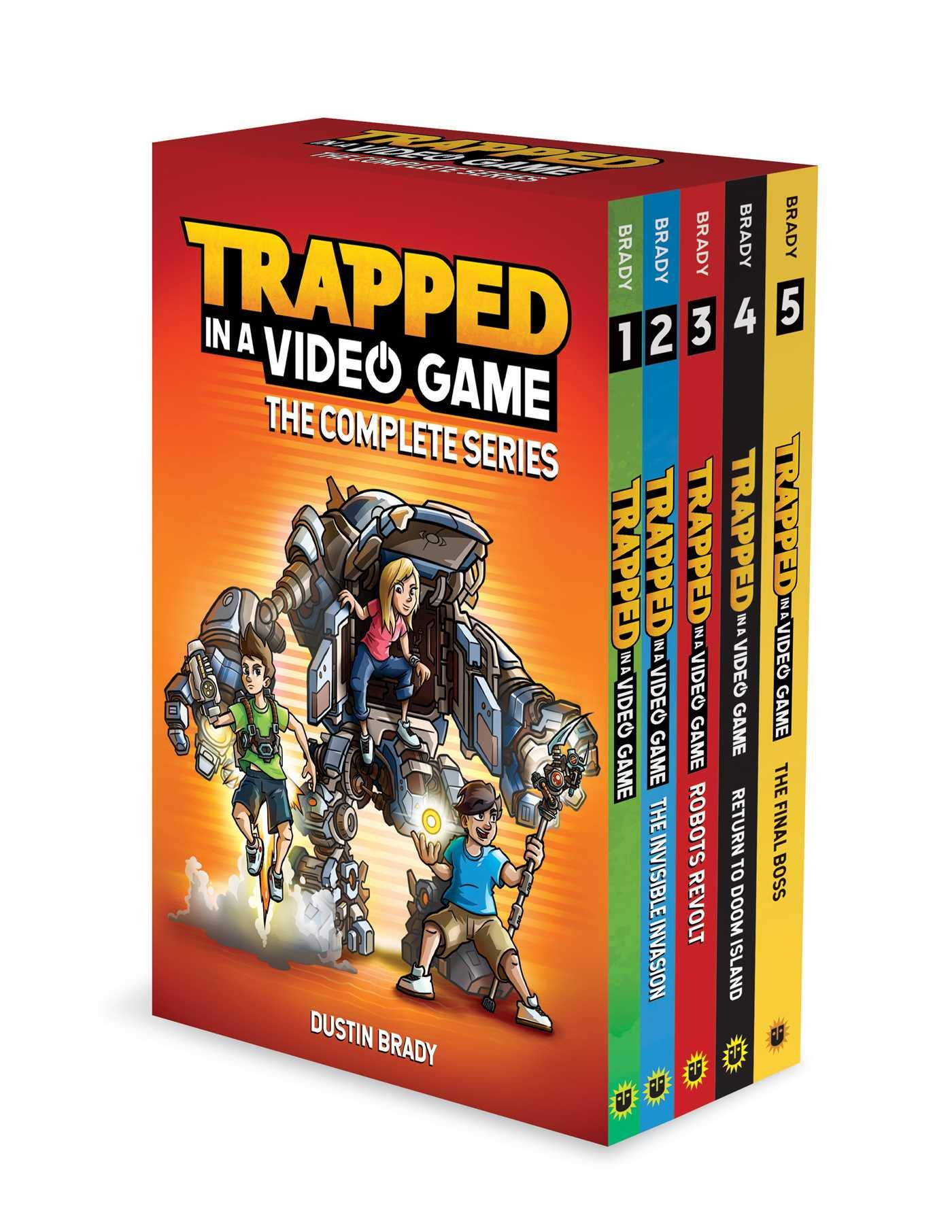 Five books in one box! With nonstop action, huge plot twists, and tons of humor, this series will quickly have your 7- to 12-year-old video game fan begging for just one more chapter.

Getting sucked into a video game is not as much fun as you’d think. Sure, there are jetpacks, hover tanks, and infinite lives, but what happens when the game starts to turn on you? In this best-selling series, 12-year-old Jesse Rigsby finds out just how dangerous video games – and the people making those games – can be.

Book One: Trapped in a Video Game

Jesse hates video games – and for good reason. You see, a video game character is trying to kill him. After getting sucked into the new game
Full Blast with his best friend, Eric, Jesse quickly discovers that he’s being followed by a mysterious figure. If he doesn’t figure out what’s going on fast, he’ll be trapped for good!

Jesse’s rescue mission has led him into the world of
Go Wild, a
Pokemon Go-style mobile game full of hidden danger and invisible monsters. Can Jesse stay alive long enough to sneak into the shady video game company and uncover what they’re hiding?

The robot villains from
Super Bot World 3 have been released into the real world, and it’s up to Jesse to get them back. This is Jesse’s most dangerous mission yet, because this time, the video game is real. And in the real world, there are no extra lives.

In this retro adventure, Jesse will need to outsmart a superintelligent android, outlast a tireless drone, and outswim an eight-bit shark. If he can somehow pull all that off, Jesse will discover that he hasn’t even gotten to the scary part yet.

Jesse and Eric have 10 minutes to save the world. In those 10 minutes, they’re supposed to dive into a massive video game universe, track down an all-powerful madman, and stop his evil plan before it’s too late. Sound impossible? It’s super impossible. The clock is ticking.

Trapped in a Video Game Series

With action packed into every page, this new book series does the impossible: it gets 8-12 year old kids to put down the controller and pick up a book!

Each novel has a More to Explore section that teaches computer programming concepts through fun activities. From binary code to algorithms, each section provides an opportunity for kids to learn the basic functions behind their favorite video games.

Be the first to review “Trapped in a Video Game: The Complete Series” Cancel reply

Added to wishlistRemoved from wishlist 0
Add to compare
$26.50