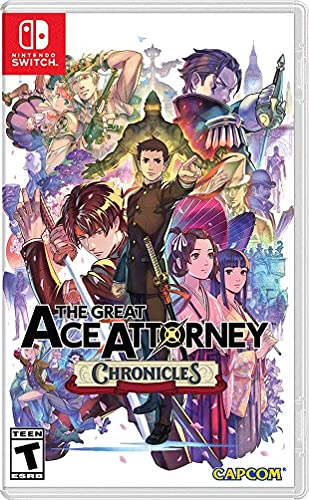 An all-new cast – the collection follows ryunosuke naruhodo, an ancestor of Phoenix wright, alongside a colorful new cast of characters including the quirky Ace detective, her Lock Sholmes.
New gameplay mechanics – the great Ace attorney Chronicles debuts two new gameplay experiences to Raise the stakes in and out of the courtroom.
Bonus content included – in addition to the two games, The collection also includes exciting bonus content that was previously released as DLC content or through special events in Japan.
Art gallery and auditorium – experience the beautiful artwork, music and voice recordings of the great Ace attorney, presented in full-fledged galleries for players to enjoy.